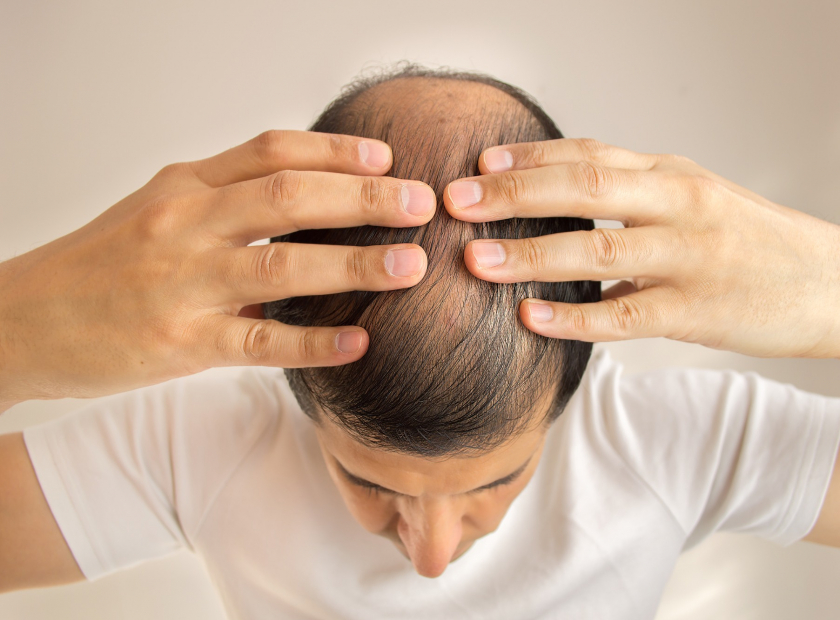 Propecia is a prescription medication that contains the active ingredient called Finasteride.

What is Propecia used to treat?

Propecia is a medicine used to treat male pattern hair loss and baldness. It should only be used by men and completely avoided by women and children. It was the first and only prescription oral drug approved by the Food and Drug Administration to treat hair loss in men

What is male pattern baldness?

Pattern baldness is a common condition that can cause men to experience the thinning or loss of hair. It usually starts with a receding hairline or balding around the crown of the head. The condition can start around the age of 21 and is believed to be related to the excess of male hormones produced by the body.

How does it work?

The ingredient in Propecia is known as a 5 alpha-reductase inhibitor. What this does it inhibit the conversion of testosterone into dihydrotestosterone (DHT) as DHT can stop hair follicles from producing hair and cause thinning or baldness. It takes on average 6 hours before the drug is removed from the body in adult males.

Do I have to use it continuously?

The drug only works whilst it is taken without breaks. If the drug is stopped being taken by the individual, the effects received whilst taking the drug will be lost within 6-9 months. This means the hair will return to the same density it was before taking the drug.

How long do I take the drug before it takes effect?

Benefits that occur because of the drug will appear between 4-9 months after first ingesting the drug. Peak results occur around the one year mark.

When do I have to start taking the drug?

With Propecia, the earlier you start taking it the better. When the thinning or balding of hair begins to show, start taking the drug immediately, if prescribed to you.

What are the side effects of Propecia and Finasteride?

It is important to know that side effects with the use of this drug are not common, in fact, most patients that take the drug do not experience any side effects. However, if side effects do arise, they can include:

Can I buy Propecia online?

Yes, we sell it through our online store! However, you will need an active prescription as the drug is prescription only. You can obtain a prescription through an appointment with a regulated healthcare specialist who is eligible to prescribe. This is mainly done through a local GP. Buy Propecia here.