Veganism and your health 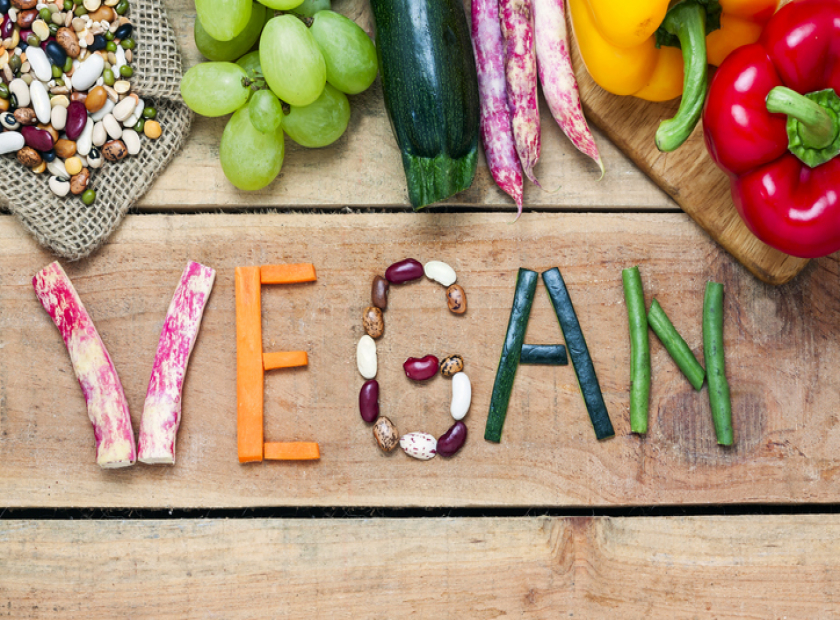 Veganism has taken the world by storm over the past few years. Whilst many still defend the worth of animal protein and products over vegan ones, others argue veganism is a cure-all lifestyle. Much research has concentrated on the topic and on the healthy nature, as well as ethical pros, of this type of nutrition. However, when deciding to go ahead with this type of diet it is important to concentrate on certain nutrients that would be naturally lacking without animal products.

Yes, we said it! Protein is often the topic of conversation as soon as somebody says ‘I am vegan’. While it is relatively easy to replace animal protein with vegan protein, especially at the beginning of someone’s vegan journey, it can be challenging to know what to do. The average daily protein intake varies between 0.8 and 1 gram per kilogram of body weight. If it is considered that the average body weight in the UK is 70 Kg for women and 85 Kg for men, women should consume 56 grams of protein per day and men 99 grams. With a varied diet containing beans, tofu, wheat, nuts and seeds it is relatively easy to introduce enough grams of protein to lead a healthy vegan lifestyle, as the average meat eater actually introduces too much protein than they are supposed to, leading to potential health risks in the long run.

When we measure the daily protein intake with tofu, 56 grams of protein equals to 700 grams or an average of two full packs per day for the average woman. However, while it might be easy, especially when you start out with a vegan diet to embrace all things soya based, it is also very important to not focus on only one source of protein. Especially in regards to soya, used to make tofu and other vegan-friendly high-protein meals, in fact, there is much proof surrounding its problematic relationship with natural hormone production. Soy contains high levels of isoflavones, which are endocrine disruptors and activate estrogen receptors in our bodies. Because of this potential harm to the body’s normal functions, it is important to limit the amount introduced and avoid starting each day with a fuming soy latte… Stick to almond milk instead!

Iron is yet another misunderstood nutrient when it comes to the vegan diet. While most vegan articles and blogs lead to spinach as the holy grail of anaemic vegans, there are a few things you should be mindful of. First of all, most iron-rich vegetables, including spinach, are not actually a great source of iron. While it might be there, to begin with, the fibre in such foods also means that the iron is not absorbed. The best way to ensure your daily iron intake is a varied diet that also includes fortified cereals, pasta, rice, dried fruit, beans and peas.

When it comes to iron deficiencies, supplements might be necessary for some people, especially women during their menstrual cycle, as the loss of blood also leads to low iron levels. However, while supplements might seem like the answer to all problems, it is always much better to introduce healthy levels of all nutrients naturally with only limited external help as iron supplements can create iron buildups, which will lead to health problems in the long run.

Whilst there is no evidence showing that vegans have lower levels of calcium in their body, potentially leading to weaker bones, it is also seen as one of the nutrients to be mindful of when making such a lifestyle change. Calcium is present in green leafy vegetables, fortified plant-based milk, tahini, almond butter, Blackstrap molasses, soy products, tempeh and more. Simply make sure your diet is healthy and varied and the calcium intake won’t be an issue.

Omega 3s are very important to protect someone’s heart, brain power, behavioural function and can alleviate the symptoms of arthritis. Omega 3s are present in fish and therefore not very vegan-friendly. However, there are other sources of this much-needed nutrient, including flaxseeds, hempseeds, rapeseeds and walnuts. However, for older vegans as well as young children and pregnant or breastfeeding women it is advised to take omega 3 supplements. Such supplements, however, should be taken in limitation, as too much omega 3 intake might lead to bleeding or bruising.

B12 is yet another of the most well-known nutrients that are lacking in a vegan diet. While B12 rich foods are available, the best sources remain eggs, milk, cheese, meat and fish. The best thing to do for vegans is to eat B12 fortified foods such as plant-based yoghurts, cereal and juices as well as introducing nutritional yeast into their diet. Supplements can also help with B12 intake and leading a healthy lifestyle, however, as always, balance is incredibly important. Too much B12 doesn’t get absorbed by the body and therefore is not useful, check the colour of your urine regularly and if it gets to a very bright, highlighter-yellow colour, it is time to cut down.

The vegan lifestyle has been proven to be incredibly healthy, with many reporting higher levels of energy, better-looking skin and general health improvements. However, when it comes to any lifestyle, balance and research is always needed. For this reason, it is always important to balance vitamin tablets and supplements with a healthy intake of naturally nutrient-rich foods. Before any lifestyle change it might sound scary and complicated to transition to a completely new way of eating, however, it has never been simpler to be a vegan than today!